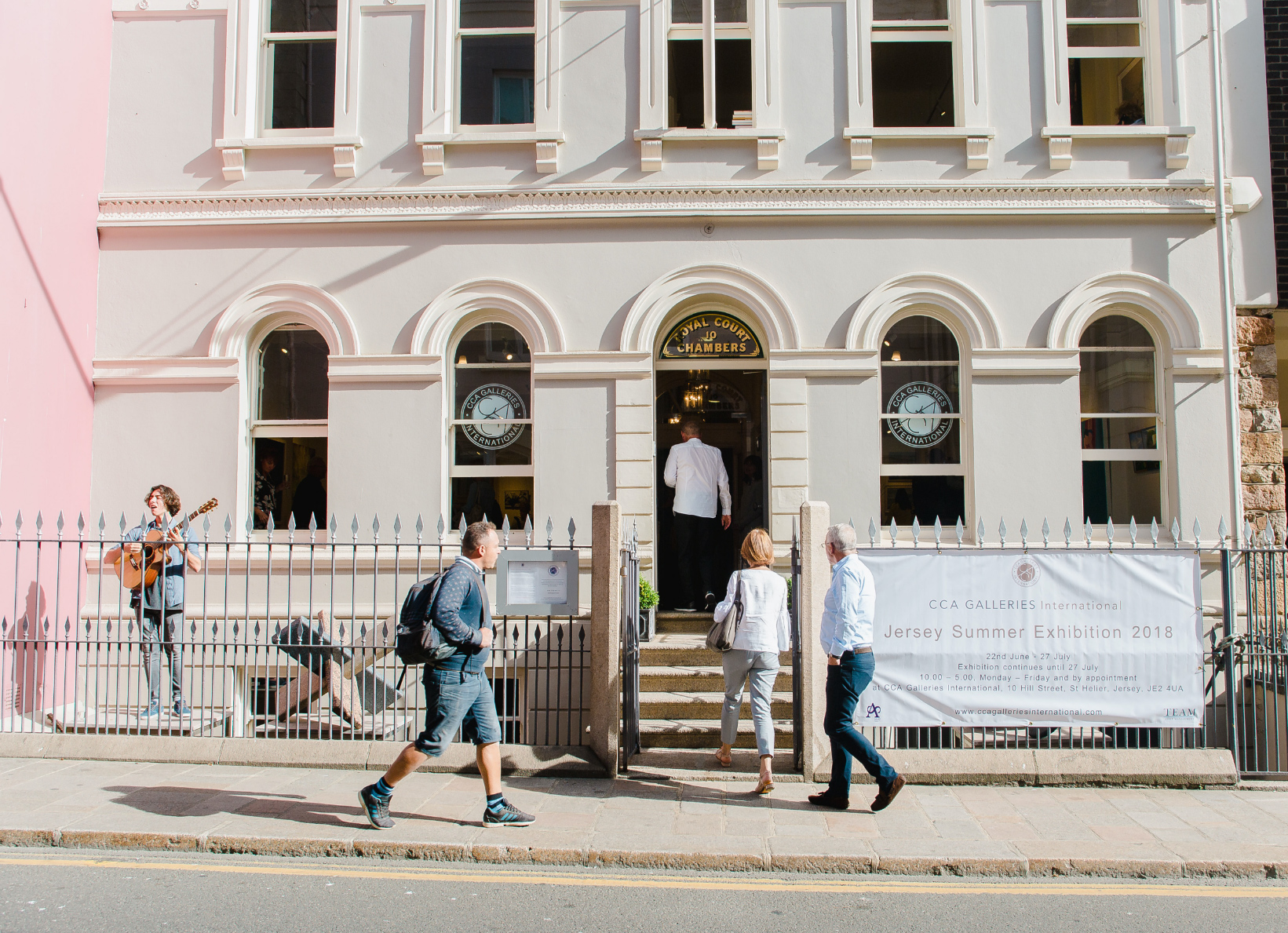 The gallery is known for its longstanding relationships with internationally renowned artists such as Sir Peter Blake and Bruce McLean, making them and their work accessible to a Jersey audience through the sale of limited edition prints, artist discussions and workshops. Five years ago the gallery launched the Jersey Summer Exhibition, in response to a growing appetite for good quality, curated local work. The exhibition is modelled on the Summer Exhibition at the Royal Academy in London and works with a panel of respected International artists to select and curate a selling exhibition of local work in Jersey. Having work professionally hung, lit and curated at CCA Galleries International has helped launch the careers of promising Jersey artists, as well as enforcing that of those already established. 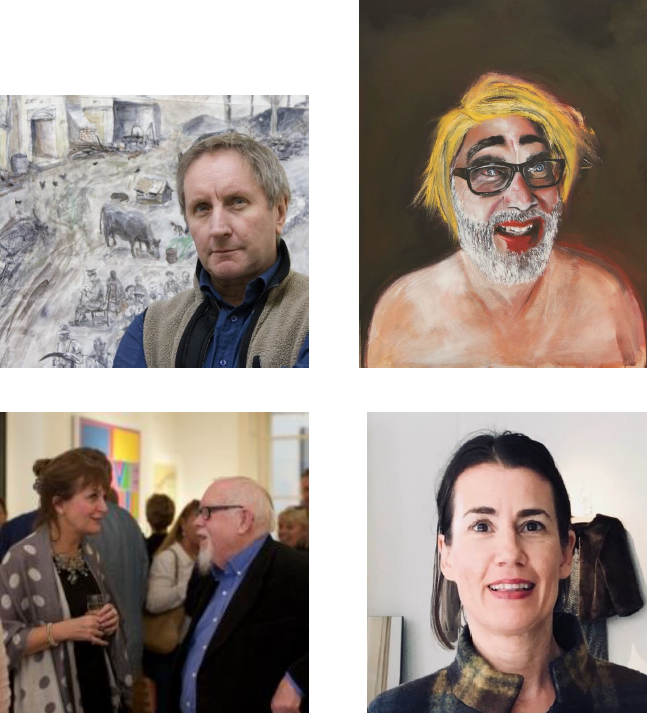 Chris Orr was a student at the Royal College of Art 1964-1967. He was elected a Royal Academician in 1995, made Professor of Printmaking at the Royal College of Art 1998-2008 and Treasurer of the Royal Academy 2014-18. He has taught in many art schools, was awarded an MBE and made Professor Emeritus in 2008. Chris has exhibited extensively throughout the world and has work in public collections including The British Museum, National Portrait Gallery, Royal Academy of Arts, Science Museum, Tate Britain and Victoria and Albert Museum.

Jim Moir has been selling paintings, drawings and prints since the early 1980’s. His work was exhibited at Grayson Perry’s Art Club Exhibition, as well as the Biscuit Factory (Newcastle), The Grosvenor Art Gallery London), RA Summer Exhibition (3 times), Manchester Art Gallery and various other UK galleries. Jim is much loved for his comedy roles with Bob Mortimer such as Vic Reeves Big Night Out (1990), Shooting Stars (1993 – 2011) and House of Fools (2014). The anarchic foundation for much of his comedy has created comparisons with radical art movements such as Dada. His approach is refreshingly impulsive and his work often incorporates elements that are unsettling or bizarre. ‘Art school’s not a bad place to start in comedy’, says Moir, ‘like Roxy Music and the Sex Pistols, all forward-thinking music came out of art school because it’s a forward-thinking place to be.’ 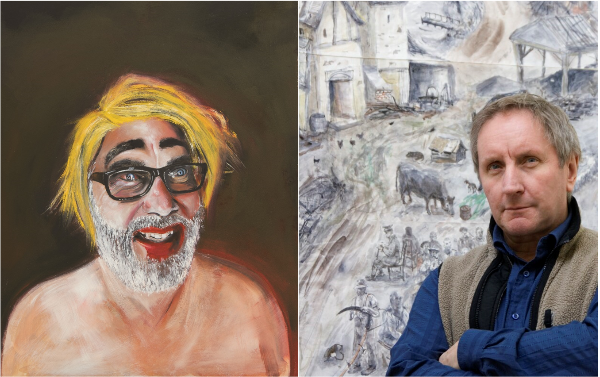 Tickets for the evening cost £35.00 each, are limited and should be booked in advance from the gallery.

Artist submissions were up nearly 30% this year to an all-time high of 272 entries by 108 artists across painting, print, drawing, sculpture, ceramics, photography and film. The results on the second stage of judging will be announced on 24th May. 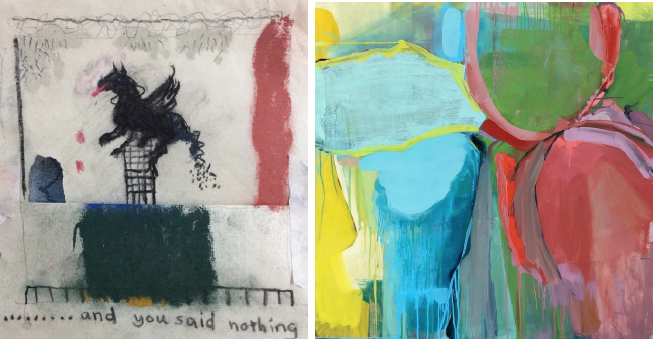 As well as making the final selection for the show, the selection panel also judge the Summer Prize. The winner of the Summer Prize is offered a solo show at the gallery. The prize is awarded to the artist that the judges agree exhibited the most accomplished piece of work. 2020’s winner was local painter Carol Ann Sutherland with Sharon Hall as runner up. Both artists will be working with us a Worton Hall Studios and will exhibit with us when the new work is ready. 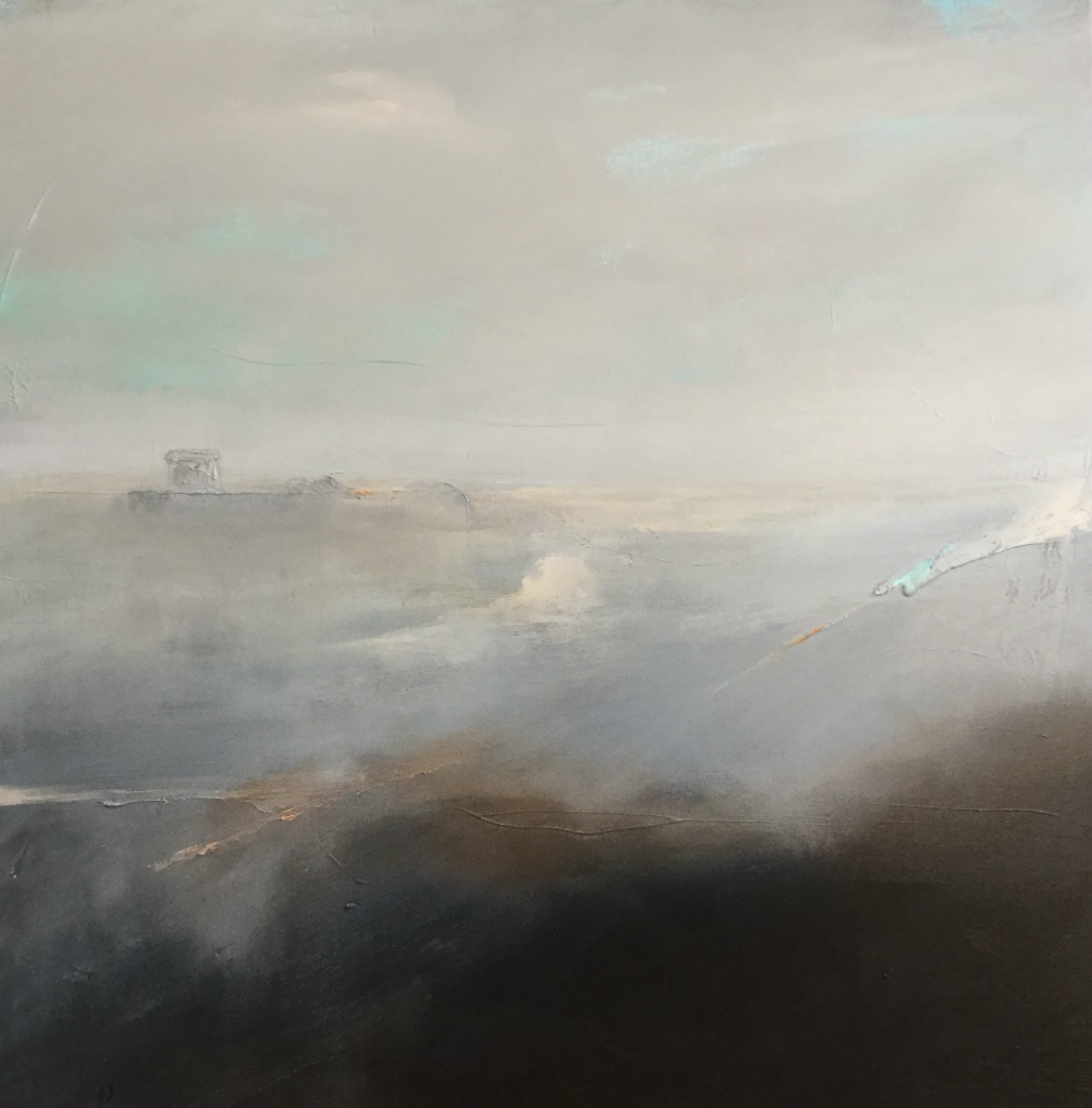 Land and seascapes that have been selected for the Jersey Summer Exhibition are eligible for the RURAL Jersey Landscape Award. We work with sponsors BCR Law and partners National Trust for Jersey and RURAL Magazine to celebrate the Jersey landscape. The RURAL award is judged by David Benest (BCR Law), Donna le Marec (National Trust for Jersey), Alasdair Crosby (RURAL Magazine) and Sasha Gibb (CCAI).

Rural Land and Seascape Awards, 5.30 – 6.30, Thurs 8th July
All welcome. Please contact the gallery if you would like to join us at the award ceremony.
enquiries@ccagalleriesintenational.com or tel 01534 739900

Gallery Director, Sasha Gibb says ‘We are expecting the gallery to be open as normal by June and for our judges to be over to present the Summer Prize in July. Despite the restrictions in 2020, last year was one of the most successful exhibitions ever. We will once again be hanging the work in the gallery, as well as exhibiting an online catalogue and film. 10 Hill Street is a fantastic gallery for contemporary art and I’m looking forward to discovering more home grown talent to fill it. We are grateful for the unwavering support of our sponsors TEAM Asset Management and BCR Law with partners National Trust for Jersey, RURAL Magazine and Solutions Group.

Please keep an eye on the website for artist talks, discussions and events throughout the exhibition.

‘As well as making art available online, for CCAI, maintaining longstanding and trusting relationships with the artists and clients we work with remains our priority. Professional curating, hanging and lighting is key to showing the work in the best possible environment and engaging with it fully.’